It was Monday, Valentines’ Day 2001.  My wife was five months pregnant at the time we moved into this wonderful neighborhood smothered in US Naval glory.  After I came back from work the next day, she told me a kind old man stopped her as she was wheeling out the trash bin.  She said he hobbled from across our quiet street lined with peppercorn trees then kindly wheeled them out for her.

I found out the “old man” was a World War II combat vet.  Worse yet, he was a sailor in the Pacific – he fought the Japanese in World War II.

“Holy crap,” flashed through my mind, “What if he finds out we’re Japanese?”

Twelve years later, I was honored to have been a pallbearer at his funeral.

I was so far off base about my first thoughts on Old Man Jack that even George Burns could have picked me off without being called for a balk…and this while he was in his grave.

I felt so ashamed.

“Young man, get over here and plant your butt in that chair,” barked old man Jack from his cluttered garage across the street.  Having lived in that house since 1953, it was filled with his life history.

“Well, I can see it and I sure as hell can smell it.  Now shut up and sit down.  I want to tell you something.”

That was Old Man Jack, my dear neighbor who lived across the street.  I like to think we were close.

He was 87 years old by that summer’s day in 2010 when he called me over.  While he had become feeble, his barrel chest was still prominent.  He was a rabble-rouser in his youth.  He was always “mixing it up” throughout his young years…  Well, he was mixing it up even while working at Northrup in the 50’s.  That makes me grin.

His handshake was always firm and warm; you didn’t need to be psychic to sense his insight and outlook on life.  He always spoke his mind.  He earned that right having been shot at, strafed, and bombed on “those stinkin’ islands” in the Southwest Pacific as he so often said during a most bitter war.

I had invited Jack to Father’s Day dinner that summer just two years ago; my Dad who was 91 was coming as well.

Jack knew my dad was US Army but I fretted over what they would say to each other when they first met.  Or how they would react to one another.  It was more than just a concern over the centuries old rivalry between Army and Navy.  It was the bitter war.

Dad was in the front room when Jack rang the bell – right on time as always.  Jack had on his favorite blue plaid shirt; he wore it often as it had a pocket for his glasses.  I often wondered how often he washed it, though.  Jack and Dad are shown here on Father’s Day 2010.

“Dad,” I said, “This is Jack, US Navy, Aviation Machinist’s Mate, First Class, the Pacific.”

“Jack, this is my Dad.  US 8th Army, sergeant, Military Intelligence Service.”

Although not as agile as they once were, they immediately saluted each other.

You didn’t need a sound system to hear them.  Dad and Jack are both hard of hearing.

It was easy to hear Jack ask Dad what he did in the Army.  During the Occupation of Japan, Dad said he went into a room once a week that reeked of dry cleaning to retrieve a crate.  (The crates contained documents, photos and other personal items such as war diaries written by Japanese soldiers.  They were removed from a WWII battlefield – read on.)  He would then translate the contents for military intelligence (below).

I had to tend to cooking so I lost track of the conversation.  It was regretful I didn’t keep tuned in.

So back to being called over by Jack on that summer’s day.

He was sitting in his favorite blue wheelchair.  He didn’t need it but it belonged to his beloved wife Carol who passed away ten years before.  They married during the waning days of the war.  They had been married for 55 strong years.

He then went into his trance – one signaling evident anguish and wretched remembrances.  When he went into these trances, he always started by staring at his hands while picking at his right thumbnail with his left ring finger.  He would lift his once thick eyebrows now turned snow white with age, then begin talking in a slow, deliberate pace, never taking his eyes off his hands.

“I went on ID patrol…” Jack rasply whispered while ever so slightly drawing out his words.

He ignored me.  It was as if I wasn’t sitting next to him… He had already left the present. He had stepped foot onto that violent SW Pacific jungle of 70 years ago.  I’m sure its smell was as vivid to him in his tormented subconscious as it was seven decades ago.

“They would issue six of us white caps M1’s with bayonets…  Then we’d follow two Marines on a patrol into the jungle.”

His stare doesn’t change.  His eyes have glassed over.  He is in a different world now – one of 70 years ago in a stifling jungle, his youthful, sweaty hands trying to grip onto his Garand rifle while wearing a smelly steel helmet… Listening in terror for any sound that may signal a Japanese soldier concealed in ambush knowing that the enemy was just there shortly before. A world that only combat veterans understand.  Thankfully, you and I never will.  Never.

“The Marines had two bags – one small one and a big one.  When we found one, the two Marines would stand guard.  We’d hold the rifle by the butt end and use the fixed bayonet to fish out the tags.”

It was then when I realized what he was painfully regurgitating.

This is what he meant by “I.D. patrol”. They were going back into the jungle to locate the dead Marines they had to leave behind after a “tussle” with the enemy as Jack liked to say – a life or death firefight.  Old Man Jack was only 20 years old.  The Marines were likely younger.  Ponder that thought.

“We weren’t allowed to touch the dead (Marine) as the Japs would booby-trap ‘em.  We’d hand over the tags hanging on the the end of the bayonet to one of the Marines who would put a tag in the small bag.  They marked a map for the graves registration guys to come back later.”

Jack’s anguished delivery dimmed even further.  “But we’d come across a dead Jap.  Nobody cared about them so they rotted where they were.  But we’d have to stick the bayonet into the rotting goo and try to fish stuff out.  The prize was a pouch or a satchel.  Those would go into the big duffel bag just as they were, covered with rot and maggots. We headed back to CP and that’s the last I saw of those bags,” he said.

He abruptly ended but his unconscious stare didn’t change.  He was still in the jungle, scared out of his wits. He was still picking at his thumbnail all this time.  His head hardly moved while he sat in the blue wheelchair that belonged to his beloved wife.

I thought to myself, “Is that the end, Jack?  That’s it?  Why did you tell me this?”  I knew not to pry any more so I kept the thoughts to myself.  He was in torment already.  Seventy years had passed but he was reliving the awfulness of a brutal war.  Nevertheless, I wondered why he chose that time to tell me about this horrific recall of something he experienced so very young.

It bugged me for several weeks.

About a month later, I understood why Jack told me the story after I communicated with Mr. Grant Ichikawa, a more well known veteran of the famed US Army’s Military Intelligence Service and combat veteran himself.  Apparently, the items they recovered from Japanese corpses were dry cleaned to remove the rotting body fluids.  After getting dry cleaned, they ended up in the crates that were in the room my Dad went into once a week when he was in the Military Intelligence Service…and why the room reeked of dry cleaning.

The brief chat with my dad on Father’s Day sparked that vile memory back to life.  It had been eating at Old Man Jack since that day.  He wanted to get it off his once mightily barreled chest.

I lament to this day that an invitation to a Father’s Day dinner had resulted in an unwanted recall of horror Jack was very much trying to forget.  More so, I lament he relived such horrors each night for the last 70 years of his life.  Seventy years.

Jack was a great man to have endured combat in the Pacific during World War II.  He was an immeasurable giant in learning to forgive – although he was never able to forget.

I miss him greatly.  I thanked him for all we have when I visited him today at his grave on this glorious Memorial Day. 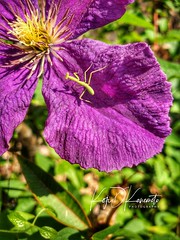