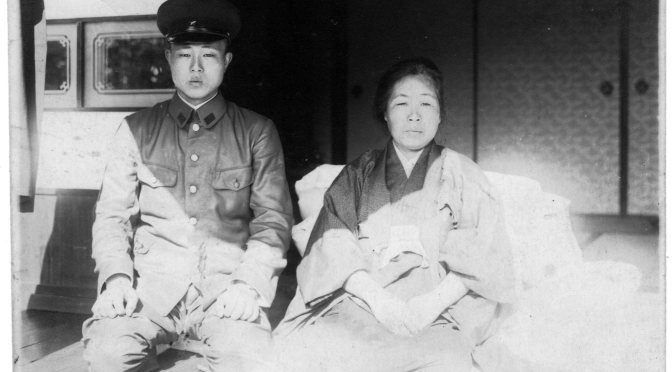 Yes, a small percentage of Japanese soldiers were anxious to die for their emperor.

But a vast majority was frightened of having to go to war.  My opinion, of course.

Young Japanese boys were drafted from farms and fishing villages – just like we did here in the US of A during that time.  Boys from Parsons, Kansas or from a sea coast shrimping town in Louisiana.

And they all had moms.

Like all Americans of my age, we were taught that the Japanese soldiers of WWII were fanatics.  That they all were hell-bent to charge into a hail of Allied machine gun fire.  To willingly die.

We were also taught that when a US Marine charged well entrenched Japanese soldiers with a satchel charge, he was a hero.  Not a fanatic.  He was John Wayne or Kirk Douglas. Was Esprit de Corps driving the young Marine to offer his life to save his buddies?

There is no intent to question our American values of valor or honor.  Just a quandary.

My Hiroshima cousin Masako mentioned in Hawai’i having seen a photo of Uncle Suetaro and Grandmother.  It was taken the day before Uncle shipped out for war (1944).  Masako said Grandmother – having suffered a stroke the day before – was propped up by “shiki-futon”, or Japanese bedding for the picture.  She felt strongly it was the last picture taken of Uncle Suetaro but doesn’t know what happened to it.

A few weeks ago, my California cousin Janice came across a number of old photos; she had forgotten about them.  She said there were some family photos from Hiroshima.  Her father – Uncle Suetaro’s and my Dad’s oldest brother – had apparently been able to hold on to them through the decades.

I asked Janice if there were any photos of my Dad’s two youngest siblings, Suetaro and Mieko, or of Michie (Masako’s mother).  Janice then described a picture of Uncle Suetaro in a uniform and Grandmother (seen at the beginning of this story).

I was stunned.  Topo Giggio meets Godzilla.  It was the photo Masako vividly recalled seeing decades ago.

Is there an air of fearfulness…of fright?  You can decide.  But as we were led to believe, all Japanese soldiers were fanatics…yes?

I should be…home scrubbing basement walls.  The first couple of stages of remodel are done.  Now we’re getting our new floors next week.   Before that I am suppose to scrub the walls and paint them with Dry Lock paint.  I don’t even know what that is.  I’m just taking my brother’s word for it that I have to do it.  Not that I want my brothers to think they can tell me what to do.  They can’t.  They aren’t the boss of me.  So I should be doing this before our new floors get here.

Since starting to work 10 hour days and having Wednesdays off I should use today to clean the house.  Because it is filthy.  If I had any desire to show you how filthy I would take pictures.  But I’m too   busy.  I should be dusting, sweeping, scrubbing bathroom stuff.

The kindness continues to flow from Hiroshima.  As written in a prior short story, “An Atomic Spark from a 1937 Yearbook“, Ms. Kanetou was credited with locating the last copy of my dad’s 1937 high school yearbook.  It was amazing she found that copy as Dad’s cherished high school and the city itself was obliterated on August 6, 1945.

While Dad is suffering from dementia, he cheerfully recalled his high school track days in detail while looking through his yearbook…  He went so far as to say he won 1st and 2nd places at track and field events.  Needless to say, I was a bit leery given his status.

Well, dumbfounded is the best word in this case.  Ms. Kanetou – after learning of Dad’s recollections of his competitions – actually tracked down (yes, a pun) records of the track events from 1936.  Such kindness and devotion is just phenomenal. They are below; since I know you all can read Japanese, my Dad’s name is above the red arrows (金本).

Yes, he DID take 1st and 2nd places in the triple-jump, broad jump, 100 meter dash and the 800 meter relay! He did place lower in what I think are more regional competitions but its clear he was quite an athlete.

But when I showed him these reports, his comment was, “5th place?  Did I do that bad?  I don’t remember that.  Pumpkin head!”

Ahmmm… For those who prefer Park Avenue…like me.

From a Montana Front Porch

On this ranch, they go about the business of ‘marking the cattle as their own’ a little differently than most. When you think branding you probably think fire, roping, and wrestling the little buggers to the ground. And for a small group of calves here, that’s how it goes. For the big bunch though, they have a much faster more efficient way of getting the job done. This ranch doesn’t have a huge crew working for them. It’s the two owners, father and son, and their two hired hands. That would be Jason.

They might hire another guy for a couple of days to help brand, but for the most part…

To help my friend’s mother celebrate her 90th birthday tomorrow, my little Brooke and I threw together a homemade Upside Down Apple Pie from scratch…  Darned if it doesn’t smell GOOOOD…  Not bad for an old mechanic and a young lady, eh?  Recipe courtesy of my good bud, Cathy Thomas (http://cathythomascooks.com/2012/06/28/july-4th-upside-down-treats-blueberries-plums-nectarines-and-apples/): 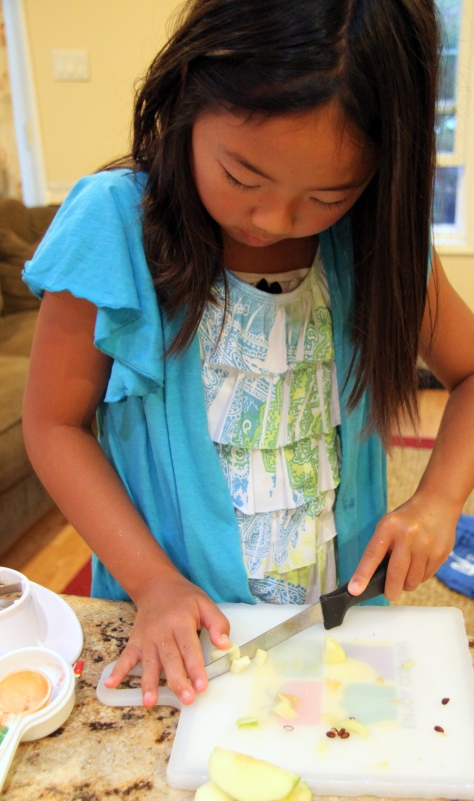 Now who knows how to keep little hands off the darn thing until tomorrow?

My homemade chocolate truffles are popular with the gals.  Unfortunately, they’re pretty popular with some of my buds, too.  Oh well.

Following the well explained recipe in my cooking bible, Cook’s Illustrated, I made a batch to take to a couple of my friend’s 4th of July block parties.  Frank Sinatra would’ve been jealous with all the attention I got from the ladies.

There is an orchestration in genetics which is more difficult to discern as generations pass.  But genes don’t conk out.  Genes are the only unbroken thread that weaves back and forth through all those cemeteries – or urns in my family’s case.

My grandmother Ikuyo Shibayama (on my mother’s side) was born in 1903; her parents were of samurai heritage.  Believe me, my mother drilled that into my head.  Brainwashing was very effective.

Around 1911, it was fortunate my grandmother had a portrait taken of her taken in Kanagawa, Japan.  She was about eight or nine years old and is standing on the left.

Just about 100 years later, I took this snap of my littlest daughter Brooke when she was a flower girl at my second cousin’s wedding in 2010.  Brooke was eight years old.  Born in 2003.  Exactly 100 years after my Grandmother.  Genetics?  What do you think?

Perhaps Calvin Klein was around a hundred years ago. 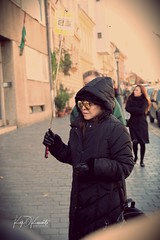 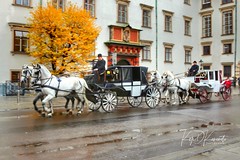 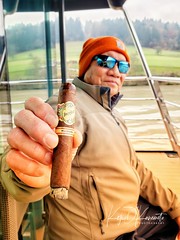