There wasn’t a mean bone in his body – provided you were on his good side.

Old Man Jack was a devoted husband.  His wife Carol was bedridden for the last several years of their life together; without fail, Jack stayed at her side

He would only leave her side to get medicines or their meal in his beloved ’68 Mustang (with a 351 Windsor engine).  And that was one love we shared – Ford Mustangs.

After she passed, we would go out for weekend breakfasts.

When he wanted to, he would ride in my supercharged ’08 Grabber Orange Mustang.  He loved riding in it.  He loved listening to it.  It was so loud, Jack wouldn’t need his blessed hearing aids – which he often “forgot” to wear.  He hated them.  Trouble was at breakfast, I’d end up having to yell so he could hear me when he “forgot” to wear them.  So could everyone else.  The others must have thought, “Man, what an odd pair.”

When I would drive, Old Man Jack –  in his trademark blue plaid shirt – would look at me from his passenger seat, flash that boyish Jack grin where the right side of his lip would be higher than his left, press his head back into the seat, then say, “OK!  Floor it!”  Man, he loved it.  My supercharger would be screaming as we rocketed down Studebaker Road.  He would say in a (much) higher than normal voice, “Whooo-ee!” after hitting 60 mph in a little over four seconds.

Other times – even at 87 years of age – he would want to drive HIS baby to breakfast…but make me drive mine, too.  You guessed it – we’d drag.

On the way to breakfast, we’d pull up to a light early on a Sunday morning and knowing what was going to happen, I prayed with all my might there were no black and whites.

He’d look at me.  I’d look at him.  He was dead serious but I would never let him see I was grinning from ear to ear.  The light would turn green.  He’d floor it, chirp his tires and I’d let him get almost through the intersection…when I would nail it.  I wasn’t going to let him get that far ahead of me.

I’d blow by him.  As I would wait for him at the next stop, he would pull up next to me knowing he got beat (again), flash me that boyish grin one more time – but would always flash me his trademark bird.  I just missed it this time.  Darn.

By the way… I named my last boy after him…  His name is Jack.  I couldn’t think of a better name.

Jack, I miss our breakfasts.  We should have went more often…  but I gun my motor real loud every time I stop by to see you.  I know you hate your hearing aids. 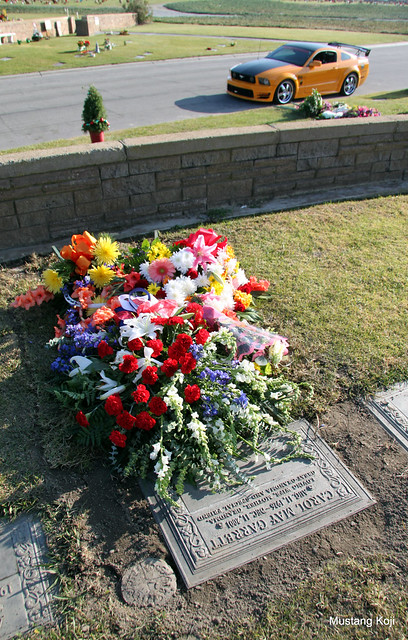 17 thoughts on “Old Man Jack, Me and Mustangs”