Remember how Hitler, Tojo and Mussolini got control: what was told to the masses…

Is that what you truly want for our country?

Fight back or at least open your eyes and ears.


God bless this man and family.

While President Obama welcomed an Army deserter to the WH and praised him, Obama and his goons intentionally went after this patriot and family man with lies just to hurt President Trump and initiate a four year coup.


It was hard to resist posting.


As I wrote earlier, I supervised or conducted hundreds of fraud investigations over two decades. One trend is clear: a fraudster starts small then takes more and more after realizing he/she isn’t noticed. That’s when they get caught.

One other characteristic of fraudsters is they believe they deserved the end result (self-enrichment) before, during or after getting caught. They feel it was owed them from getting wronged by the entity they targeted.

That is the case with these Democrats here. The evidence is overwhelming that numerous ballots from illegal voters were submitted, collected and COUNTED by the deceitful ballot counting system, either physically or manipulated electronically. The illegal paper-based votes were from counterfeit pre-printed ballots or manually filled out by certain people who were PAID to do so, etc. The CCP, Soros and the Pelosi Crime Family have nothing to lose and everything to gain – power and continued riches.

Lastly, it is EASY to commit fraud. Even felons incarcerated in PRISON stole a billion dollars from the California state and local governments before getting caught. That bust was this week. One felon was the infamous Scott Peterson.

Don’t tell me these politicians are honest and full of integrity. And remember the analysis of the Scytl servers seized by US agents has yet to be released by the DOJ and military.


I am not a fan of YouTube anymore but if you are overwhelmed by what is going on legally with the balloting, this was a nice, clear overview.

I hope you’ll take a look.


Watching this fact finding investigative news report won’t be watched by those who believe Biden honestly won the election.


This news report has a strong tie to my previous post.

Chinese Warn Against Communism at Trump Rally, Tell Americans to Speak Out https://link.theepochtimes.com/mkt_app/chinese-warn-against-communism-at-trump-rally-tells-americans-to-speak-out_3588752.html Download our app to read more for free at https://ept.ms/DownloadApp


Many folks who legally voted for Biden likely did so out of tremendous dislike of President Trump or truly want Socialism/Communism.

But Asian-Americans who voted for Biden should have thought about their family’s experiences and why they fled their native countries OR what their families had been subjected to.

Like those who fled at great cost or peril from China, Cambodia or Vietnam and their Communist regimes.

While I am too young to have been imprisoned by Democrat FDR during WWII, my Dad’s generation was. Even the extreme liberal George Takei of Star Trek fame was imprisoned in one of those prison camps. In fact, in a documentary, Takei accused his father of “being a sheep” after allowing the family to get herded into camp.

By the way: I supervised or conducted many fraud audits in my professional career. You don’t have to believe me, of course, but election fraud was egregious especially in the key battleground states.

For one, just like DNA, statistics and plain ole numbers tell an undeniable story.


For those of us who watch or listen to only CNN, MSNBC, CBS and the like or accept what liberal-owned social media giants allow to be posted…


Isn’t it odd they went after these two lowly scumbags… but other high-ranking elected officials aren’t promptly investigated and arrested? 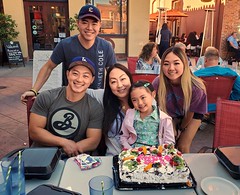