Spunk.  It’s not a word per Merriam-Webster.

But since English is my second language, I can use it out of naivete.

Of course, I understand it can refer to something else… You know, foreigners learn bad words first.

So why bring up this word?  Are you afraid of getting spunked?

All of these 48 million people are on food stamps.  That’s a lot of missing spunk. 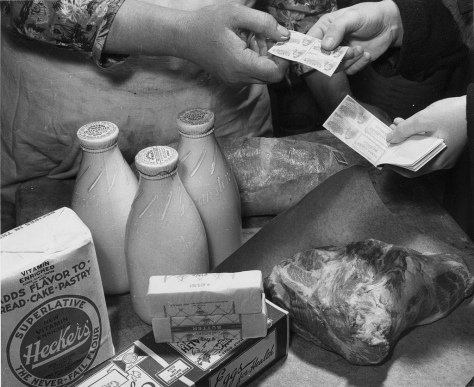 I don’t know how many of them are citizens or have green cards or are “undocumented”.

That’s how they live day to day.  On food stamps.  That the people WITH spunk for the most part are paying for.

That’s how much this food stamp program is costing us.

That’s how much of us “with spunk” are losing out of our paychecks.

Obama said at the beginning that he believes food stamps is an economic stimulant.

The food stamp program started in 1939.  We were in the Depression.  People were hungry and crops and food stuffs were stockpiling on the farmlands.

So FDR came to a startling and brilliant idea – let’s give out free money to those that are hungry.  It’s free to them as working people had taxes taken from their pay.  Then the hungry can then buy the food stuffs stockpiling on our farms!  Win-Win-(Lose)!

Well, thank goodness, World War II began.  The Depression ended with the American will power to… work.  The food stamp program – which was experimental – officially ended in 1943.  About 4 million Americans received assistance in those four years.

Yup.  He signed an Executive Order.  (The same type of directive that put my father into those prison camps during WWII.  I hate those suckers.)

This Executive Order reinstated the food stamp program.  After, it was one of his campaign promises.

…And that’s all she wrote.  Now, one out of  six Americans are on food stamps (called the SNAP program now).

And you know what?  It is true.  You can live a better life with food stamps and NOT working.  You even get free health benefits!

To some, this post will cause irritation if not anger.  For others, they are irritated or angry.  They are angry because the country’s majority has voted for this, in one way, shape or form… This minority of voters didn’t believe in an endless entitlement mentality…nor want it.

Indeed, a heckuva a people need to get spunkified.

Face it.  Our country is clearly headed in the wrong direction.  We are even furloughing our military.

Damn the lawyers and damn the minority rights activists.  It has moved too far towards the extreme in the past six years.

Make it hard to get free food.  Make them work for it.

This needs to be stopped…

(ps  This is just an opinion.  There is no right or wrong.  There is no intent to rile anybody and all constructive comments will be appreciated.)