I had started out thinking this would be another “She’s Killing Me” story; it certainly qualified but this pasta dish turned out so well that it’ll just be another cooking story.  Well, not completely.

But it’s my creamy Spaghetti Carbonara.

The kids were in Japan for over three weeks and landed at LAX at night on August 17th.  In short, the ex insisted on picking them up and keeping them for a few days.  But she decided it would behoove her to bring them to my house so she changed the schedule at 3 pm the next day.  They were dropped off at my house at 5:30 pm.  Of course, she had selfish reasons and yes, they were in la-la land from jet lag.  They slept for the most part for the first couple of days.

Seriously, I had mentioned to the kids they should have some kids over since school begins August 31st.  Jack just wanted to stay home but my Little Cake Boss Brooke…  That’s a whole ‘nuther story.

All week, between snoozes, she was asking if I would take her and her friends shopping.

I never learn.  “Sure,” I hesitatingly replied.

“…Can sheeee… eat with us,” she cunningly asked.  Never mind I had gone to the supermarket already for just the three of us.

“Oookay” I replied even more hesitatingly.

Then the whammy: “…Can sheeeeeeeee… sleepover?”

So I decided to make Spaghetti Carbonara – for the first time.  I thought her friend J would give some feedback if I asked her.  So I went to Cook’s Illustrated… and the pasta dish turned out excellent if I say so myself.

The ingredients are simple and I had them in the fridge already – except for the Pecorino.  Yes, because of my Little Cake Boss, I had to make another run to the supermarket just for the cheese.  Well, actually two since the first place didn’t carry it:

Putting it all together was a snap; their instructions are:

1. Bring bacon and water to simmer in 10-inch nonstick skillet over medium heat; cook until water evaporates and bacon begins to sizzle, about 8 minutes. Reduce heat to medium-low and continue to cook until fat renders and bacon browns, 5 to 8 minutes longer.

Doing it in the above manner allows the bacon to remain chewy for the carbonara and not crisp up:

2. Add garlic and cook, stirring constantly, until fragrant, about 30 seconds. Strain bacon mixture through fine-mesh strainer set in bowl.  Set aside bacon mixture.  Measure out 1 tablespoon fat and place in medium bowl.  Whisk Pecorino, eggs and yolk, and pepper into fat until combined.

3. Meanwhile, bring 2 quarts water to boil in Dutch oven. (You use less water than normal for this dish to insure the water you will add to the sauce is real starchy.)  Set colander in large bowl.  Add spaghetti and salt to pot; cook, stirring frequently, until al dente.  Drain spaghetti in colander set in bowl, reserving cooking water.  Pour 1 cup cooking water into liquid measuring cup and discard remainder. Return spaghetti to now-empty bowl.

Most of all, happy faces!

So give this easy and delicious dish a shot.

Someone will love it!
And by the way, they were up until 4 am.  Let me ask you moms: Why do you even call it a sleepover??!

So a number of months ago, my kids asked of me the unthinkable – again: “Papa, can you make something different?”

Jiminy Crickets.  How can 12 and 13 year old kids want something different, especially when one likes cheese only pizza and the other only pepperoni?  Trying to make something BOTH will like?  Why couldn’t they be satisfied with my culinary masterpieces (LOL) like:

Let’s not even address breakfast, like my buttermilk pancakes or waffles from scratch even on school days.  Well, I didn’t milk the cow nor grew the wheat that makes the (King Arthur) flour.  I need to be honest about that.

So I went to my trusted source.  No, not Cook’s Illustrated.  This time, my oldest daughter Robyn, who’s become quite an accomplished cook herself (She got that from me.).

I forgot from which site the recipe came from, but as soon as I said to my kids, “Robyn has a new recipe for pasta,” they said OK!

But this recipe (with a couple of modifications) is ideal for a dutch oven… and it’s easy!

In meantime, aggressively boil your pasta (I like to use Penne or Ziti) until al dente.  Drain.

Add pasta to skillet and mix together. Sprinkle with cheese and serve immediately.

And you know what?  The kids liked it…because it was Robyn’s recipe.

You must all be wondering.

What is a third generation Japanese-American doing trying to make Italian meatballs?

It’s as if you saw John Wayne behind the sushi counter asking if you want yellow tail or halibut.

Well, the schedule has my kids staying this week for Spring Break…and they are bored.  They are so bored, they again asked, “What are we having for dinner tonight?  The same stuff, Papa?”

Made them my killer (but now boring) Fettucine Alfredo with prosciutto and green peas Monday night and beef stroganoff yesterday night (with Jack removing every last mushroom from his plate).

From scratch.  None of this sauce out of a bottle or Hamburger Helper stuff.

So….  My son Jack seems to like meatballs for some reason.  He gets it at Subway and at this Italian restaurant in Belmont Shores.  The last time he did, I told him I’d make it.

I had heard many horror stories about making meatballs.

They were just round hamburgers.

So I went to my trusted cooking bible: Cook’s Illustrated.

Their recipes are the Triple T’s: tasty, tried and true and only (old) male buffoons like me can mess them up.  I’ve proven that.

But it turns out their secret ingredient was… buttermilk.  Crazy.  But it worked out wonderfully.  And you used only the egg yolk; using the whole egg does something to the texture, Cook’s Illustrated said.

The ingredients for the meatballs were:

The ingredients for the spaghetti sauce were:

For the spaghetti sauce:

They suggested reserving a 1/4 cup of the pasta water.  After draining the al dente spaghetti¹ and returning it to the pot, add back the pasta water and a couple of ladles of the sauce.

Coat then portion out your spaghetti from the still warm pot onto dishes.  Pour a bit more sauce onto pasta, top with three meatballs.  Your kiddies can add Parmesan Reggiano to their liking.

(No, I am not Julia Child.  You are sadly mistaken.)

Note 1: Use ample water; I use more than a gallon for a pound of pasta.  Also add one tablespoon salt immediately before adding pasta.  Stir to make sure they don’t stick together then cover to bring back to boil as soon as you can.  Uncover then rigorously boil for recommended time for al dente. 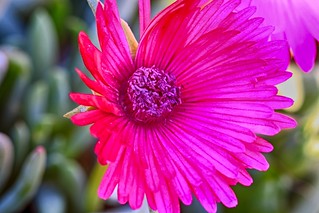 “Pasta?  Again, Papa?  Can we have something different…please?”

And to find something that they both like?  Ha!

To please my mollycoddled rug rats, I scoured my bible: “Cook’s Illustrated”.  In addition to the tried and true recipes of my bud and chef Cathy Thomas, Cook’s Illustrated is my go-to play book.  I think the Denver Broncos could have used one last weekend…a playbook, that is.

By sheer fortune, Cook’s Illustrated had what sounded to be a delectable pasta dish…  Spaghetti al limone.  And it sounded pretty light and (relatively) healthy to boot and it was a huge change from my man-kitchen pasta repertoire.  As an example, my from-scratch Alfredo sauce would make Fat Albert REAL happy.  It is laden with luscious butter, cream and Parmigiano-Reggiano.  The only healthy thing in it is the garlic and a dash of nutmeg.  But man, its to die for!  Oops.

So I gave Spaghetti al limone a shot…and the kids loved it!  Both of them.  Ye-haw!  Of course, garlic bread was a required accompaniment, making their smiles even bigger.

(Note: For the lemon zest, I like the zester made by Microplane.  And be sure to use ONLY the yellow part of the peel and avoid the pith.)

So whether or not you have kids to appease, engorge yourself on this pasta dish.  It’s a great cure if you’re feeling down.  Your palate will love it.

And a US Marine blogger intimated that my food pictures he saw were “dated”…  meaning “Do I still cook”?