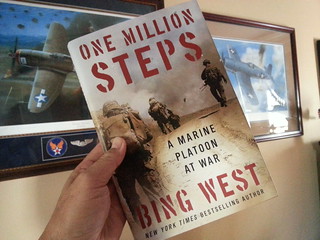 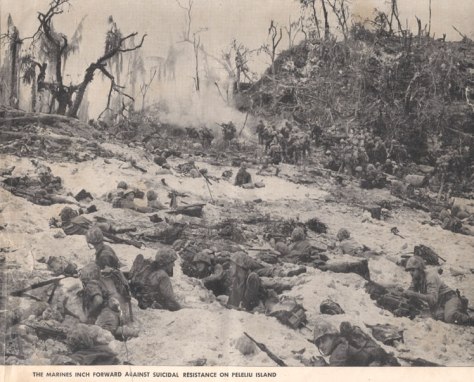 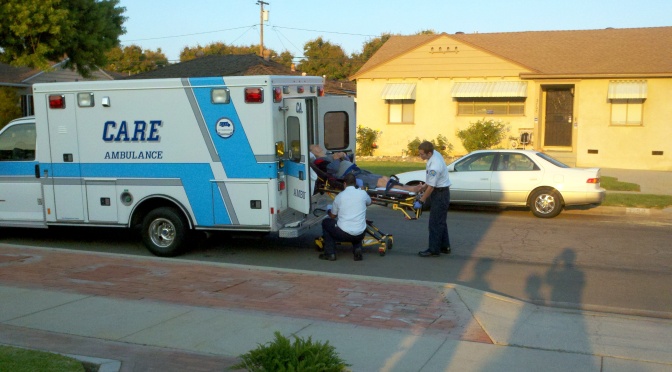 Just two months after Old Man Jack passed away, so did the young boy who stood in the US Marine Corps Recruiting Station in Louisiana in 1942.

The man who told me funerals don’t do a damn for him anymore.

The neighborhood was in shock.  I had waved to Mr. Johnson just three days earlier while he and Marge gingerly got out of their car.  I said in a louder than normal voice from across the street: “We’re still on for breakfast on Saturday, right Mr. Johnson?”  We were to go have breakfast and chat about Old Man Jack – and perhaps learn more of Mr. Johnson.  Instead, he died suddenly just three days later.  Three days.

After 66-1/2 years of marriage, Marge was now a widow.  A sudden illness took his last breath away when bombs could not 70 years earlier.  He was 89 years old.

Marge surprised me when she asked if I would video Mr. Johnson’s funeral.  I told her it would be my privilege.  I was elated to be of some service to her.

After Old Man Jack’s funeral, Mr. Johnson invited me over after I got home from work that night.  That was when he volunteered that story about how “he got suckered into becoming a Marine”.  Lovingly, of course.  You could tell he had esprit de corps in his blood to that day.  He was proud of not having BEEN a Marine, but of BEING a Marine.  He had all the right to be.

He also talked about how he met Marge.  What a wonderful story it was.  I will try to capture the essence of what he told me.

By early 1944, Mr. Johnson (now a sergeant) had been taken off the front lines to recover from his grave wounds.  He was “pretty messed up,” as he put it.  Didn’t say much more.  He was put in charge of the motor pool at Camp Pendleton during convalescence.

The base commander’s wife, a proper lady, he said, had come to the motor pool to get her car fixed up.  Mr. Johnson said it was a beat up Chevy especially on the inside but it was better than most for those times.

After she commented on the car’s condition, Mr. Johnson said he’ll do his best to make it more presentable.

He had come to know an upholsterer in Oceanside so Mr. Johnson arranged for the interior to get tidied up some.  He also had it painted.  She was elated.

I wish I had jotted down the commander’s name.  Darn.

Sometime towards the latter part of ’44, he said, there was some scuttlebutt about a big operation that was brewing.

But then, the base commander called Mr. Johnson into his office.

“Johnnie,” he said, looking through his file, “you’re pretty used up.  I’m sending you to rehabilitation.”

So off he went.  While Mr. Johnson used “a hospital out in San Bernardino” as a description, the hospital was likely somewhere near the mountains because he mentioned Lake Arrowhead.

As I write this, there is a good probability it was Naval Hospital, Norco, as it was officially called back then.

During rehabilitation, he ventured to a USO dance being held at the hospital.  The USO was such a morale booster for these young men.  Mr. Johnson was no exception.

There, against the wall, he said, was this pretty young thing.  It was Marge.  She was studying to become a nurse…which she did.

…and if I understood him correctly, they got married the day after he got discharged from the Corps in 1945.  It sounded like if Marge just didn’t want a husband that would go off to war, let alone as a Marine.  She got her way, of course:

Don’t you think they are a gorgeous couple?  A gift of chance… and war.

(As a historical note, the “scuttlebutt” ended up to be… Iwo Jima.  Part of the 3rd Marine Division, Mr. Johnson said that in a way, he was glad he didn’t go…  Not that he DIDN’T want to go but because of what the Marines horribly found out after the first waves landed ashore.  He learned from the Marines that made it back that all vehicles that went ashore in the first couple of days were sitting ducks for enemy artillery.  This was made worse by all the volcanic ash being spewed up by the artillery rounds, just choking off the engines just minutes later because it would clog up the air filters.  Some of boys were burned alive, he was told, after their vehicles got hit…in the same vehicles he was in charge of at Camp Pendleton.)

One reason why I was never able to find any military record on Mr. Johnson became obvious on his funeral day; that’s when I – and the other neighbors – found out his name wasn’t Johnnie, but Doreston.

I was partially successful in videotaping Mr. Johnson’s funeral.  It wasn’t as smooth as I wanted it to be for Marge’s sake.  There was a bit of disorganization and miscommunication, too.  Many of us following the hearse were just waiting in our cars wondering what to do next…when I saw the Marine burial detail getting ready to escort Mr. Johnson’s urn to a covered area.  Time for a mad dash.

During this time, and now armed with his true first name, I was pretty determined to uncover some of his unspoken valor during the Solomon Islands Campaign and the Battle of Santa Cruz Islands…and I was partially successful.

These are two pages from CINCPAC’s official, confidential after battle report.  They were called “War Diaries” and are daily operational journals created by various naval commands throughout the Navy during WWII (The Marine Corps is an arm of the US Navy).  I was only able to find this single battle report for the Solomon Islands Campaign:

I do NOT know for sure if Mr. Johnson fought on the islands but Old Man Jack never mentioned anything except him serving on the Big E…

But Mr. Johnson collapsed at his house in 2011.  Marge called me over to help while waiting for the ambulance.  Mr. Johnson was on his side, left hand gripping the bed sheets and right arm pinned in under his body.  He was too big for me to lift him off the floor by myself.  So I yelled, “C’mon, Marine!  Get your sorry ass off this floor!”  Seriously.  With that, he grunted, grabbed the bed sheets one more time, and together, we got his upper body onto his bed…

But in the process, I saw his chest.

Tears of Remembrance and Closing

Two days after the funeral, I had finished putting the video together for Marge.  We watched it together on my laptop as she didn’t have a DVD player that worked.  Dry eyes had to take a back seat.  She was so grateful.

But she called me at work a couple of days later.  She asked if I could stop by after work again…and show her the video one more time.  I was so surprised by her request…but so happy.  She must have liked it.

When I played it for her – and when the “Marine’s Hymm” from the John Wayne iconic classic “Sands of Iwo Jima” began playing, her left hand began to rhythmically and softly beat to the theme song… ever so softly. Then her head bobbed along with the beat. That broke me.

She asked me again to explain the page from the Solomon Islands Battle Report which clearly states how he valiantly fought and incurred his wounds… Then when the 21-gun salute played on the screen, that was it…   She broke down.  I cannot imagine how large those floodgates may have been for her emotionally.

She thanked me immensely…

But it was so humbling as it was me who wanted to thank her and her husband… the same young boy in that Louisiana recruiting station who did what he had to do… and had enough humanity left in him to forgive.

The Greatest Generation…  May they go in peace.