Back in the very early 1960’s, my dad picked up a used B&W TV set from an appliance store’s outdoor parking lot sale at Atlantic Square in Monterey Park, CA.  It was loaded into the cavernous trunk of his 1955 Ford Victoria coupe, also bought (really) used.  He probably should have spent the money on repairing the car instead of buying that TV.  Anyways, the TV was our first one, dust covered vacuum tubes and all.  At least it turned on.

Well, mom commandeered it.  Don’t ask me why.  After all, she didn’t speak much English at all having come here just a few years earlier.

While I was able to watch The Mouseketeers, Sheriff John and Engineer Bill in the morning, the night belonged to mom.  She decided what to watch.  I don’t recall dad ever saying anything either, but then, he never did.  (ps Sheriff John read off my name during his show on my birthday.  He even pronounced it correctly.)

I remember some of “her” shows. 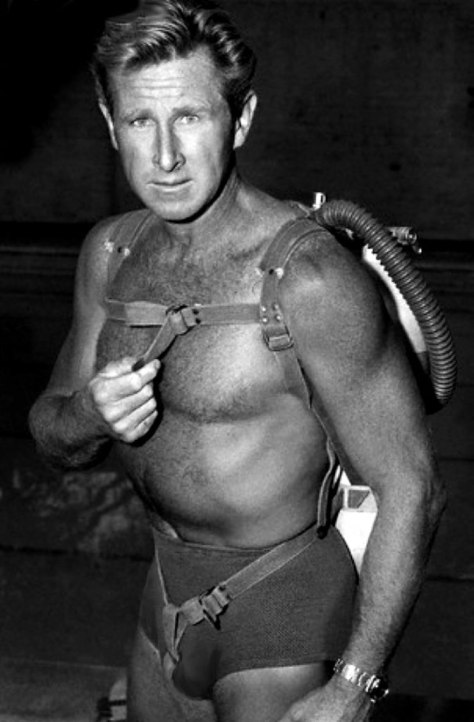 “Sea Hunt”.  She loved seeing Lloyd Bridges in his swimming trunks.  (He did enlist in the Coast Guard when WWII started.)

“The Lucy Show”… although I can’t figure out for the life of me how she could have laughed at the lines.  She couldn’t have possibly understood the English.  American humor is so different from that of Japan’s, too.  I guess she just laughed at her physical comedy and wacky faces.  (Another ps: I watched re-runs of the Lucy Show when I stayed in Japan for two years as a young adult.  You will be shocked to learn the lines were radically changed and replaced with dubbed Japanese which would be funny in their culture.)

Near the top of her list was the “Dean Martin Show”.  Of course, it was because of Dean Martin.  While he didn’t get into swimming trunks like Lloyd Bridges, man, she thought he was man’s equivalent of Marilyn Monroe.

But sadly for dad, the show at the top of mom’s list was…  Wait for it…  Combat!

“Combat!”?  How could that be?  How could she possibly want to watch a TV series based on a war Japan just brutally lost 15 short years earlier?  Her city of Tokyo was burned to the ground in 1945 by us Americans and she was hungry all the time.   Even grandma used to call the men of the US military occupying Japan as the “invaders” or “long legs”.  Dad, a Japanese-American, was one of the invaders but definitely sans the long legs.

Did she know what “Little John, take the point” or “Kirby, set up your BAR over there to provide cover” meant?  Of course not.

Well, if you haven’t guessed yet as to why she loved to watch Combat!…  it was because of…  Sgt. Saunders.

Sgt. “Chip” Saunders.  He was played by Vic Morrow.  He outdid Dean Martin and Lloyd Bridges – and my dad – by far in her epitome of manliness department.  Hell, she couldn’t even pronounce his TV name correctly: SAN-DAZU is how she pronounced it with her Japanese pronunciation.  All she saw was testosterone.  Machismo.

Even though I was young, I vaguely remember I felt kind of odd towards dad as every time we got together with her “Nisei” lady friends, mom would rant and rave of Saunders – all in Japanese – with dad next to her.  “Daddy kara chigatte San-dazu-san wa otokopokutte kakko ii!” or translated, “Unlike dad, Saunders is so manly, rugged and handsome.  He’s a man!”  I also recall her scolding at dad every now and then in the house or car to be more “manly”.

Of course, there was co-star Lt. Gil Hanley, played by Rick Jason.  She noticed him too, of course, but all she felt about him was that he was “cute” like a teen movie star – not a man’s man.

The other regulars were:

Pvt. William G. Kirby, who started the series with a M-1 Garand but eventually got his wish to man the BAR.  He was well played by Jack Hogan and was always getting yelled at for doing something lame-brain:

PFC Paul “Caje” LeMay was Saunders go-to man on patrol or in a firefight; he was played by Pierre Jalbert.  In the series, he is of Cajun heritage and comes from New Orleans where he spoke French fluently.  In real life, he was a Canadian skiing champ in his teens and was destined to ski in the Olympics.

“Little John” rounded out the long playing cast members.  His TV name was a gag; he towered over everyone else being 6′ 6″ tall.  I don’t know if it was custom made but his standard issue GI helmet fit like a condom as it looked like a tiny beanie on his head.  His real name was Dick Peabody and he wrote a column later in life which I’ll mention later.  He often wrote about the “great times” they had while shooting the episodes.

The show was unique, even for today.  It did its best to convey the war from the GI Joe’s point of view.  Sure, the “kills” on the set were theatrical nor were the on-set explosions or artillery barrages real but it had a human streak throughout its run on TV.  It tried to convey what war was really like for the suffering civilians or the everyday soldier – well, as best it could do for TV.  Themes focused on fear, bravery, hatred, cowardice, heroism, pain and randomness of death.  Filthiness of being on the front lines without baths, crawling in mud, wading through streams with gear, protecting their buddies, killing with their bayonets and endless but deadly patrols.  As in real life, replacement soldiers were grocery clerks, dancers, used car salesmen, baseball players or worked on telephone lines.

Another bit of uniqueness was not only its early-for-its-time human interest story line but its script.  There really weren’t many spoken lines except for when it counted; just a lot of Army-based jargon otherwise but well researched.  But one funny bit of trivia at this time: one of the most oft said lines was, “Shut up, Kirby.”

Also adding to its TV land “realism” was that all chatter was in German between Nazi soldiers or in French between the local townspeople; there was no translation or sub-titling.  The Nazi uniforms were so well replicated by the costume folks that some Jews working at MGM’s cafeteria were upset when actors came in from the set wearing very authentic-looking Nazi uniforms (No political statement being made; just fact.)

Its first episode aired on October 2, 1962, set in England a day before D-Day.  In this initial episode, both Saunders and Hanley were sergeants.  By the second episode, Hanley had gotten a battlefield promotion to lieutenant and issued his Garand M-1 Carbine.  Saunders will be issued his trademark Thompson .45 caliber machine gun.  There is a very interesting history behind who got what weapon.  Both of their helmets will change for the subsequent episodes and will become identified with them for the entire series.

Hollywood stars clamoring for guest star roles, filming schedules and behind the scenes trivia to come in Part 2.