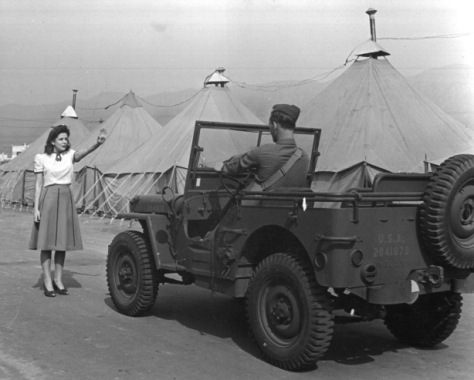 This was from a time when the entire nation was 100% behind our troops…  even our media.

She, an aspiring starlet named Marilyn Hare, was determined to kiss 10,000 soldiers in early 1942 and while doing so, boost morale…  Not only for the troops facing an uncertain future but the country.  At this time, the news was filled with the conquests of the Japanese military in the Pacific.  The Doolittle Raid and the Battle of the Coral Sea would not happen until the following month.

Times have changed yet our young are still sent to war.

For the uplifting photo series of this kissing wonder in LIFE, please click here.